Our work is guided by an external advisory panel, which meets twice annually to provide scientific feedback. 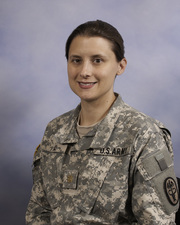 Julie Ake, MD, MSc
Dr. Julie Ake, a Lieutenant Colonel in the US Army and infectious diseases specialist, is the Associate Director for Vaccine Research at the US Military HIV Research Program (MHRP). During her tenure at MHRP, she has served as director of the Rockville Vaccine Assessment Clinic and also as an investigator in multiple clinical and laboratory focused protocols, including investigational drug and international studies. She is the Protocol Chair for RV 329: African Cohort Study; RV 262, an international Phase I DNA/MVA HIV vaccine trial; and for RV 398, an upcoming Phase 1 trial of the VRC01 broadly neutralizing monoclonal antibody administered in acute HIV infection in East Africa and Thailand. As the Global HIV Vaccine Product Manager for the U.S. Army, Dr. Ake advances the development of HIV vaccine candidates in preclinical and early clinical studies.

Bruce Brew, MD
Prof Bruce Brew is head of the department of neurology at St Vincent’s Hospital and Director of the Applied Neurosciences Program and Peter Duncan Neurosciences Unit in St Vincent’s Centre for Applied Medical Research. He has had a long standing interest in HIV neuropathogenesis particularly in relation to cognitive impairment at both clinical and basic science levels. More recently, he has focused on HIV eradication and how it impacts on HIV brain disease. He has designed and participated in numerous clinical trials related to HIV brain disease. He has been an invited participant in educational courses for the American Academy of Neurology and the World Congress of Neurology for several years. He has received research funding from governmental bodies in Australia (NHMRC) USA (NIH) as well as industry. He sits on the editorial board of four journals and is a regular reviewer for AIDS, JAMA, Neurology and other journals.

Sharon Lewin, FRACP, PhD
Sharon Lewin is an infectious diseases physician and basic scientist. She is the inaugural director of the Doherty Institute for Infection and Immunity at the University of Melbourne; consultant physician, Alfred Hospital, Melbourne, Australia; and an Australian National Health and Medical Research Council (NHMRC) Practitioner Fellow. Her laboratory focuses on strategies to cure HIV infection, immune reconstitution following antiviral therapy and the pathogenesis of HIV-hepatitis B co-infection. She was the local co-chair of the XXth International AIDS Conference (AIDS2014) which was held in Melbourne July 2014 and was the largest health conference ever held in Australia. She is on the leadership team of the International AIDS Society’s Strategy Towards an HIV Cure and a member of the Australian Government Ministerial Advisory Committee on Blood Borne Viruses and Sexually Transmitted Infections. 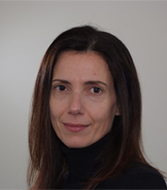 Irini Sereti, MD, MHS
Dr. Sereti received her M.D. from the University of Athens, Greece and then completed an internship, residency, and chief residency in medicine at Northwestern University in Chicago, IL. In 1997, Dr. Sereti came to the National Institutes of Health as a clinical infectious diseases fellow in the Laboratory of Immunoregulation. During her fellowship she also received an MHS from Duke University. She became a staff clinician in 2003 and was appointed to a clinical tenure-track position in 2009. Her primary research focus is the study of inflammatory complications in HIV, immune reconstitution inflammatory syndrome (IRIS) and persistent inflammation linked to non-infectious complications in chronically treated patients. 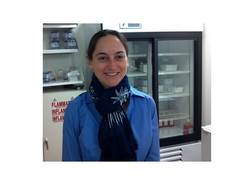 Netanya Utay, MD
Dr. Netanya Sandler Utay completed her undergraduate degree at Yale University, medical school at Baylor College of Medicine, and internal medicine residency at the University of Washington.  During infectious diseases fellowship at the NIH, she worked in the laboratory of Dr. Daniel Douek, investigating the causes and consequences of inflammation in HIV infection and interventions to attenuate inflammation in the SIV rhesus macaque model.  She proceeded to co-chair 2 studies with the AIDS Clinical Trials Group and serve on the ACTG End Organ Disease and Inflammation Transformative Science Group.  In 2013, she joined the faculty at the University of Texas Medical Branch at Galveston in the Department of Internal Medicine, Division of Infectious Diseases.  Her laboratory and clinical research focuses on mucosal damage, inflammation, and fibrosis and their clinical sequelae in malnutrition, liver disease, HIV, and other chronic viral infections.