We work with key partners to advance our understanding of how the CNS will impact and be effected by cure strategies. Projects are managed by a leadership team comprised of Principal Investigators at the U.S. Military HIV Research Program and Yale University. 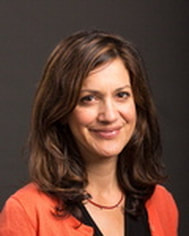 Serena Spudich, MD
Dr. Spudich is a neurologist whose clinical and translational research is focused on the pathogenesis of HIV in the nervous system, in particular the impact of acute HIV infection and early treatment on the central nervous system and the establishment of persistent CNS reservoirs for HIV. Dr. Spudich graduated from medical school at the University of California, San Francisco in 1997, then pursued residency training at the University of Washington in Internal Medicine and at the Massachusetts General Hospital/Brigham and Women’s Hospital combined program in Neurology.  She returned to UCSF in 2003 as a fellow in NeuroHIV with Dr. Richard Price, remaining at UCSF until moving to Yale University in 2010 where she is currently the Gilbert H. Glaser Professor of Neurology.   She is active in the AIDS Clinical Trials Group,  recently serving as Chair of the Neurology Collaborative Science Group and as a member of the HIV Cure committee. She has collaborated with the co-directors and other INHCC investigators in SEARCH-based studies since 2010.  In addition to her research, Dr. Spudich cares for people living with HIV with neurological disorders at the Nathan Smith HIV Clinic at Yale.

Sandhya (Sandy) Vasan, MD
​Dr. Vasan is the Director of the HJF component of the US Military HIV Research Program (MHRP) and Emerging Infectious Disease Branch (EIDB) at the Walter Reed Army Institute of Research. Dr. Vasan obtained her undergraduate degree in mechanical engineering at the Massachusetts Institute of Technology before completing her MD at the Harvard-MIT Division of Health Sciences and Technology at Harvard Medical School. After a residency in pediatrics at Johns Hopkins University, she worked as a Henry Luce Foundation Fellow at the Communicable Disease Centre in Singapore, where she studied patterns of tuberculosis and HIV co-infection and worked with the National University of Singapore to conduct public health surveillance studies in rural Indonesia. From 2002-2011, Dr. Vasan conducted clinical trials and nonhuman primate studies of HIV vaccines and adjuvants and related immunology research at the Aaron Diamond AIDS Research Center and the Rockefeller University. Dr. Vasan recently served as MHRP’s Associate Director for HIV Vaccine Research, and prior to that she served MHRP at AFRIMS in Bangkok for seven years as Science Director and head of the Nonhuman Primate Laboratory. At AFRIMS, she conducted preventive vaccine trials in follow-up to the RV144 HIV vaccine clinical trial. She also developed animal models to understand the mechanism of action of these vaccines and pursue novel HIV prevention strategies.